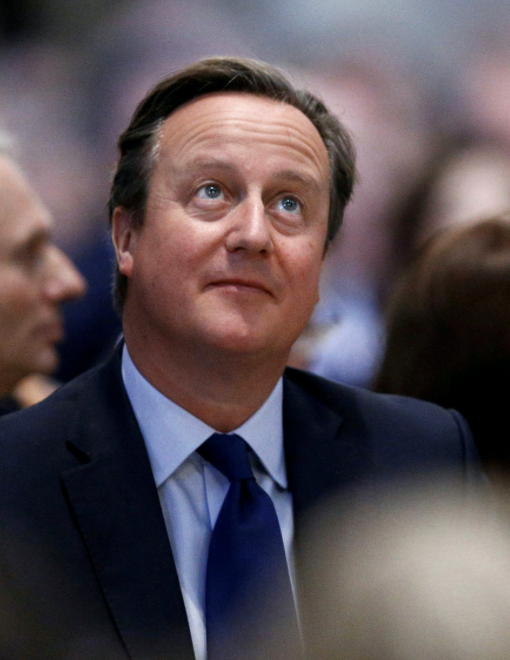 Dear Mr Cameron, Europe is not about Europe

This week the British prime minister, Mr David Cameron MP, was to have a major speech on Europe in The Netherlands. Due to the developments in Algeria, the speech was delayed. The expectation is that his speech will be held within a week. I have a warm liking for Mr Cameron. However, I do have misgivings about this speech, no matter how balanced the words will be. Here I urge him (in a personal capacity, the only one I have) in writing and video to go back to the roots of his vision for Britain itself. Because Europe is not about Europe.

You probably do not remember me, but we met about ten years ago. You were a young policy director at the Conservative Party Headquarters and I was there, among other things, looking for a contact between your party and mine, the Christian Democratic Party in the Netherlands.
A few years later I saw you again. It was at the Conservative Party conference in Blackpool, in 2007. Apart from many country representatives, me and my colleague from the CDA were the only continental party representatives. It was your first conference after having been elected, and I will never forget that speech. You spoke without notes for almost an hour, and held our attention all the way. Your speech was not about Europe, not at all. What you spoke about was your vision of British society. You challenged your countryman to take responsibility for that society. You rightly criticized the role of big government, but did not praise big corporations as an alternative. You made your countryman big: as parents, as volunteers, as people who cared and took responsibility not only for their own lives but also for that of others. You gave your people a fresh perspective, and by doing so you made me look afresh my own Christian democratic principles.

I know you still follow this agenda of a big society, even though many around you are sceptical. And how right you are to stick to your big idea. If I only have one wish for you, then it is that you will not let Europe overshadow your agenda. I do not think Europe is about Europe. I think Europe is about what ambition we have as people, not what we have as politicians. When I think of Europe, I think of farmers growing flower bulbs in Holland and selling them in Hamburg. I imagine a student from Groningen finding her way to an extra study at the London School of Economics, or I think of the software developer in Eindhoven filing a patent at the European Patent Office, ready in one go. And the same goes for the farmer in Wales, the student in Bradfort, the young innovator in Manchester. It starts and ends with those people thinking of Europe as just something that is there, making their life within their own country better and easier, meanwhile making Europe stronger.

I trust your speech on Europe is a balanced and thoughtful one, raising serious issues but not really withdrawing from Europe. Still, with you raising the bar on Europe, in the end I do not think you are helping your own agenda of a big society, as I think a big society is not helped or stopped by raising borders. It transcends them. With respect, but I think you create new problems, not new solutions by using, excuse the pun, Big Words.
Now I know how sensitive the issue lies with many people in Britain and certainly within the Conservative movement. I have written for Conservativehome.com, a website you know well and have written for as well. I once had the temerity to suggest that you should be more active in Europe, because the Netherlands needs a strong ally in Brussels. Your leaving the European Peoples Party did not help us in that respect. Many, many readers piled abuse on me. What was I thinking by suggesting that the UK should stay in the EU? The question is whether you can ever satisfy them. You know the answer.

Once again, I want to say to you that Europe is not about Europe. Let me try to explain it to you this way. Your original instincts to stay clear from Europa are right. Just look at it this way.

Most of us speak English in Europe (and in the rest of the world for that matter). It is good to do so, even though learning it might be a bit of a nuisance. In the end it is both convenient and efficient. I my case helped by my feeling that it is a nice language to speak. But when I talk English, I still think of myself as Dutch. Do you think of yourselves as European when you talk English? I guess not. We do not diminish ourselves by seeking a common language, we gain by it. The profit of speaking English far outweighs the costs in terms of education. Try to think of 28 countries all talking and translating their own language – it should not be hard to do – and you know what I am talking about. So, we will not stop talking English in Europe, even should you want to stop talking English in Britain.  It is not that different when it comes to talking about 'the nuisance' of Europe. I know that the drift of your speech in The Netherlands will be that Europe needs to mend its ways if Britain will not drift towards an exit. You will say Britain wants to a strong Europe, but also that its people will need a bigger say in the future of Europe. As sympathetic as this sounds, I am not convinced of its logic. Europe is still more in need of leadership than of a referendum. And then there are two ‘by the ways’. One is that have learned to think of Europe as nothing but a nuisance. No one will vote in favour of nuisance, so what are you asking? Two is that we never voted in favour of speaking English. Should we reconsider that too?

Please Mr Cameron, let us all keep on working within this imperfect union and move on. Let common sense do the talking – in English. Move on and move back to an agenda that is yours and ours alike, building a true society of people that can help themselves help others.

With respect and regards,