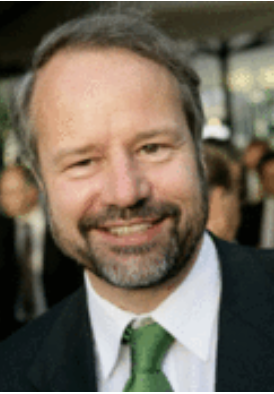 To row or not to row

Peter Noordhoek, a member of the Dutch Christian-Democratic Party (CDA), looks at some of the lessons to be learnt about policy co-ordination from the grammar schools debate and his experience in the Netherlands.

It had been a few weeks since the last time I visited ConservativeHome. Here in the Netherlands I had been occupied by the election for our new Party Chairman (always interesting to have two candidates fighting for the soul of the party, especially if your own candidate comes through on top). Coming back to my favourite British site, I had some problems adjusting this time. Something big had obviously happened, but what was it all about? Grammar Schools? It was hot in Holland too, but does this mean that the silly season had already arrived in Britain?

After some reconsideration, it seems to me that there is a good reason why so many are so serious about it. Somehow you like to see it as some test of David Cameron’s ability to lead his party in a new direction. How this row can be mentioned by some in the same breath as the Clause IV action by Tony Blair is still beyond me, but then of course I have never been subject to the British school system.

What is clear to me is that somehow David Cameron did lose some support of those he thought would support him. The leader of the band noticed too late that some people in the band had stopped playing the right tune. Well, well.

I look at the events within the Conservative Party from the perspective of someone who with his own party has gone through the desert of opposition back to power again. Some things worked for us, the Christian- Democratic party in the Netherlands, and others did not. The thing that worked best for us in opposition, was developing a strong policy platform and turning that into a solid base for all other policy initiatives and the one sure thing our party leader could always fall back on.

I think an enormous lot has happened on the policy front since Cameron came to the fore, but based on the evidence of this row, there is still some fine tuning to do. If I read it correctly, there are three sources of policy.

First of all there is Built to Last as a mission statement. I really like to read about the responsibility revolution that should take place. You have read our time wisely.

Then there are the policy initiatives as developed in campaigns and platforms within the party itself. The initiative on social justice stands out most, but there are many others that are worthwhile.

Third there are the day to day policy announcements, of which you have a surprising lot and which are served up not only by the party leader, but also by other frontbenchers. They are part of the perpetual tennis match between the Conservatives and the politicians on the other side. It looks like the ball on grammar schools was brought into play by one of your own and called out by one of your own. This seems to me an interesting but

ConservativeHome's Platform: Peter Noordhoek: To row or not to row 3

The question is this: do these three line up? Compared to what I think is a solid base for returning to power, my answer is: no, not yet. Partly because this is still a work in progress. The midterm review shows that much progress is made, but it is more than work that still needs to be done. The connection between Built to Last and the different policy initiatives is there on a conceptual level but not yet on an intuitive level.

The real vulnerability seems to me to be between the policy initiatives and the day to day initiatives. In our party we have a Scientific Institute that is responsible for all basic policy initiatives, aided and supported by a great many party members. The institute stays away from the day to day politics, but it is very clear where the long term strategy is developed. It is no accident that our party leader and now prime minister used to work for this institute and that the director of the institute is the first writer of the electoral platform. The prime minister and the head of the institute are together the main custodians of our mission statement and the policies that flow from it.

In our party it is therefore not very likely that a position can be taken on a certain aspect of the education policy that has not been discussed first in one of the policy platforms connected to the Scientific Institute. Members of the Parliament are usually part of these discussions. Should something happen anyhow, as can be the case of course, there is always a line to fall back on, keeping the need for improvisation to a minimum.

In your party things work differently from ours and that is probably for the better. So I do not think you should follow our example to the letter. But I do suggest that you put in an extra effort to align the different policy efforts. You should all row together, and not row from row to row, if I may play with your language for a moment.

More seriously: David Cameron should not be brought into a position that he has to clarify as a leader what should have been clear already as a matter of party policy. A leader leads best when the followers can lead themselves.

Pisaboy zei...
Thanks Peter. I hope the Christian Democrats can get things going in your government.