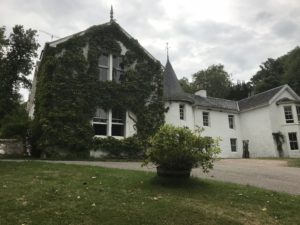 At a moment that most Europeans are occupied by the question whether or not to have a summer and winter time, and if so, which one should it be, there is something that should concern us just a little bit more: Brexit. The negotiations seem to be going nowhere (though 95% is said to have been agreed upon) and the Tory government is showing all the signs of a messy divorce. Hundreds of thousands of people go to the streets, and more than a million people sign a petition asking for a second referendum. Meanwhile, the pundits on twitter are playing with scenarios called Canada, Norway, Switzerland or simply ‘Hard Brexit’, or are still trying to convince each other with leave or remain arguments that reach no one anymore, as they seem to have completely balanced each other out. What a waste of talented people. Last summer I have thought out my own scenario, and I think it still holds. I formulated it as a twitter thread and maybe I will turn it into one, but I like to do it here as a blog first, accompanied with a little story I found illustrating.

This is my final Brexit scenario, in the sense that I think that, provided Ms. May is as brave as I think she is, this is how it will play out in the beginning of 2019.

One evening this summer, my wife and I stayed at an old semi-castle close to Loch Ness, in Scotland. Over a glass of wine, the owner told us its story. After the terrible battle of Culloden, all the man, women and children of a nearby village of local people - rebels all, of course - were sold in slavery. Ships brought them to the Caribbean, where they were set to work on a plantation on one of its islands. One of them, still a boy, managed to escape. He came back later and managed to become the owner of the plantation, keeping slaves like his predecessors had. By the end of his life made a fortune and bought himself the castle-like house near the ground of his birth. He made it, he came back. He was a fighter, he was greedy, he conquered everything.

Nowadays the place is home to a great but vulnerable couple of people. One a journalist, one an artist. Making money is not their goal in life, but they want to make sure the castle remains fit for use. For this reason, they are on AirBandB, but do not really want to be found. It is wonderful when you do, though, with the grounds and inside all the paintings and great stuff that is there. When talking with them, you soon find out that they abhor Brexit, hate the Tories.

Why am I writing this? Because in a way both the old conqueror and the old couple stand for a Britain totally at odds with itself and the world. Brexit is born out of a strong fighting spirit in which the battles of yesterday still live on. I can appreciate and even admire it, but it is totally misdirected and ignorant of the modern world. A modern world in which the couple feels at home, but they no longer have the strength to shape or comment it. In fact, in order to make do, they rent their heritage to Europeans. It seems more than tragic, it’s seems the end of the road. 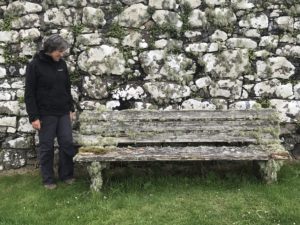 It is not. Somehow or other the house will live on when its occupants are no longer there, and both Culloden and Brexit will be words from the past. It is the way it goes. But it would help Britain to move on if they were a little less preoccupied with the past and a little more with the future.