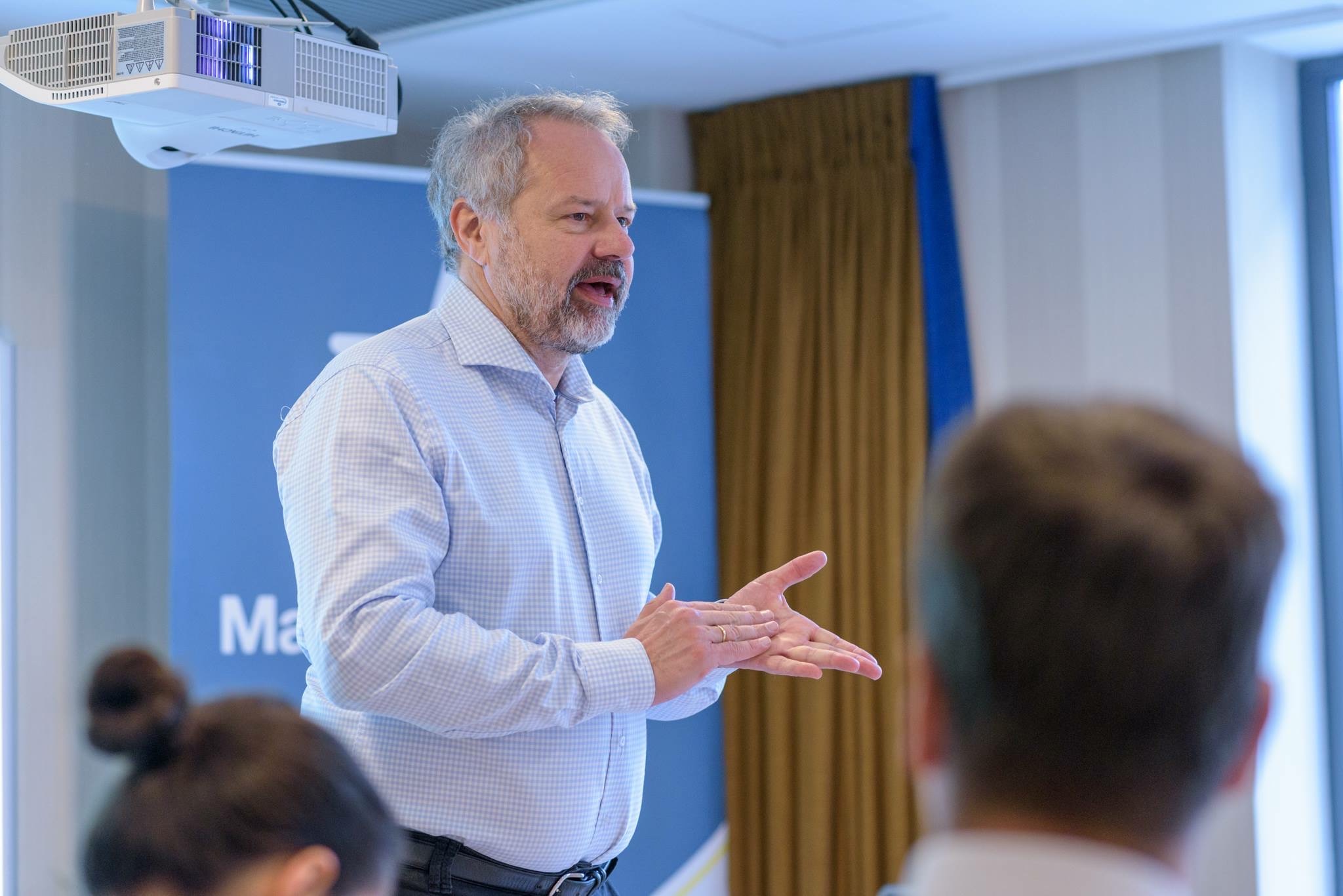 Europe is not about Europa - a message for 2014

Ladies and gentlemen,
I have nothing against good power point presentations, but when asked to say something about the central message for the European Parliamentary elections in May 2014, I would rather do so by presenting you the elements of a possible story. As with most stories, it starts in the past. Or so it seems.

At this conference about the legacy of Schuman, I would like to start by telling you about someone from his time. I am fortunate enough to know Mr Edmund ‘Mom’ Wellenstein. He was the first secretary-general of the European Community of Coal en Steel (ECCS). Mom is a man, now 94 years old, as sharp as he is kind. He once told me about these early days and the clever way in which Schuman operated, with the help of people like Monnet. He told me that, yes, we had a vision then. But above all, he said, we were pragmatic. If it cannot go as it should, he quoted someone else; it should go as it can. It is with his words in the back of my mind, that I approach the matter of the upcoming elections for the European Parliament in May 2014 and what our messages should be. 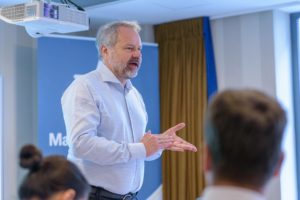 The ECCS was founded as a result of a deal between Schuman and Adenauer. This deal founded the alliance between two vital countries. In 1989 this deal made another deal possible: between France on the one hand, willing to accept the integration of West and East Germany, and Germany on the other hand, willing to say goodbye to the Deutschmark in favour of the Euro. Mitterrand and Kohl made that deal, provoking Thatcher into a fury.
Today we are trying out a different deal: budgetary support in exchange for reform. Now let us be frank: this deal does not seem to be working. The budgetary support does not silence the cry for a better transfer union, for instance in the form of Eurobonds. As far as reform is concerned – there is not much to be seen in the South and there does not even seem to be much reform in the North. The French side of the axis is failing, the German side waits for the September elections and meanwhile the British make an attempt to once more become the biggest looser of all.
I hardly need to remind you, that in the end these historic deals were never just about the economy. They were and are in the end about our safety. This is also true about another deal that we seemed to have made along the way – all of us; the deal between the generations. The ‘Post-Wall’ generations are forgiven when they think they got the worst part of the deal called Europe. Riots as in Sweden, for the fifth day in a row now, might well be more than incidents by the spring of 2014.

Many commentators, especially outside the European arena, agree that what we need to mend this fix, is more integration, not less. I suspect they will probably get what they want some years from now, but for the moment we are stuck in what Mr Gene Frieda describes as a prisoner’s dilemma: all countries are better off if they contribute to a common cause, but the pressure of elections impedes countries ability to champion that cause. The German elections in September are a case in point. And how close we are getting then to that big moment when the voter can truly express itself: the European elections in May 2014. In many countries it is the Christian-Democratic and centrist parties that form the face of the European crisis. Rightly or wrongly, we are the face of most crisis measures. What then should our message be? Can we make some ‘true deal’ in the European political arena, and what then should it be?

I propose that we reach the voter where they are: in their own place, town, region and country. Often directly hurt by the crisis. Having lost their job or living from day to day, uncertain what the next job might be. With their house value decreased, facing study costs they cannot afford. The kind of realities that makes you feel small, not ready for the future. That turns Europe into a threat or a scapegoat.
This is where many people are, and everything we say about the great value of the European Union only makes those people feel they are thought of as stupid. And when people feel they think you think them to be stupid, they become bitter. It is a deal breaker. Saying ‘I understand why you are angry’ does not really help them or you. Empathy is not enough.

So this is why I say: Europe is not about Europe

Europe is about you and me

I repeat: EUROPE IS ABOUT YOU AND ME

Let me try to be clear. This not about abandoning the dream of a united Europe, or the values that drive it. I think that dream is safe. We do have to make a new deal. A deal that is like a story, one that can grow in the telling. Not a deal between different governments, but between each country and its people, and between the generations. There can be no successful Europe without countries and peoples understanding that their best interest lies in becoming strong enough to be able to compete within and outside Europe. So what I say is:

It is the strong that trust themselves enough to trust others to trust Europe. It should be the mission of the leaders of each national party to strengthen their country and make their citizens feel strong again. You do not do that by turning your back to your own country and saying Europe should do this or that, or other countries should do this or that. The coming election is about facing your own people: let us make a new deal.

Because people do not overly care about Europe, they can use the election to make a point about their national politics, turning Europe into a ‘secondary election’. Up to a point, accept this, certainly when you can make this election about the strength of your country. In the end it does not really matter: a strong authentic party will come through anyhow

This European election will be more about emotions and less about facts, then ever before. It will be sound and images that determine the outcome. But even expressed in these terms, there is a new deal to be made. It is not a deal between Europe and its millions of citizens. It is about a new deal between governments and their people. Can the people trust the parties to do the best government job? Also when representing the country in Europe? And can parties tell their voters that a vote for them will mean a challenge? A challenge to do better? Just pleasing the voters, telling them what they want to hear, will not do. People are rightfully demanding leadership and are asking for true inspiration.

Every election is about change and hope. Nevertheless, this is not the election to use these words too freely, especially when you are in government and ‘are part of the mess’. First people want to be led out of this mess. This is an election for truth telling, tough love and great focus on your country and your people’s strength.

Dear audience, Mom Wellenstein, whom I mentioned at the beginning of my talk, published a book last month. He is, as I said, 94 years old, and no, he did not write this book at his age. He wrote it half way World War II, when, as a young student in the resistance, he was captured in held in a prison and a concentration camp. He managed to get out in 1942 and wrote his book, had just a few copies made and had it distributed through the resistance in order to let people know what the Nazis were doing. All copies of his book got lost, until very recently. One copy was found and this has been published anew this year. The title of his book was and is this: ‘Numbers that have souls’. He describes how behind every prisoners number tattooed on the arm, there is a living, breathing soul.

Europe is not a prison, even though some fools paint it like that. Today’s prisons are of a different nature, even though in our recent past and in countries close to Europe there are enough true prisons. Here in Europe the prisons are of a mental nature, coming from unemployment, lack of schooling, lack of perspective. And these are prisons we can get out of. Our parties, our leaders should lead the way. If we do this well, voters will follow.

Peter Noordhoek works as a consultant. He represents the CDA – Eduardo Frei Foundation of the Netherlands as a trainer in courses for RSI and others. His remarks here are his own.

Just recently the IRI, another very good institute for which I do a training from time to time, has asked me to join them for a meeting in Vilnius on ‘Eurocrisis and the Ideological Reconfiguration in Contemporary Europe’. I have been so ambitious to choose the subtheme of ’Mainstream Conservatism and Christian Democracy facing an anti-establishment  upsurge’. You can guess what my blog after my presentation on the 9th of June will be about. Well I hope you are right for at this moment in time I am still not sure about what I am going to say. Please don ‘t hesitate and give me your suggestions