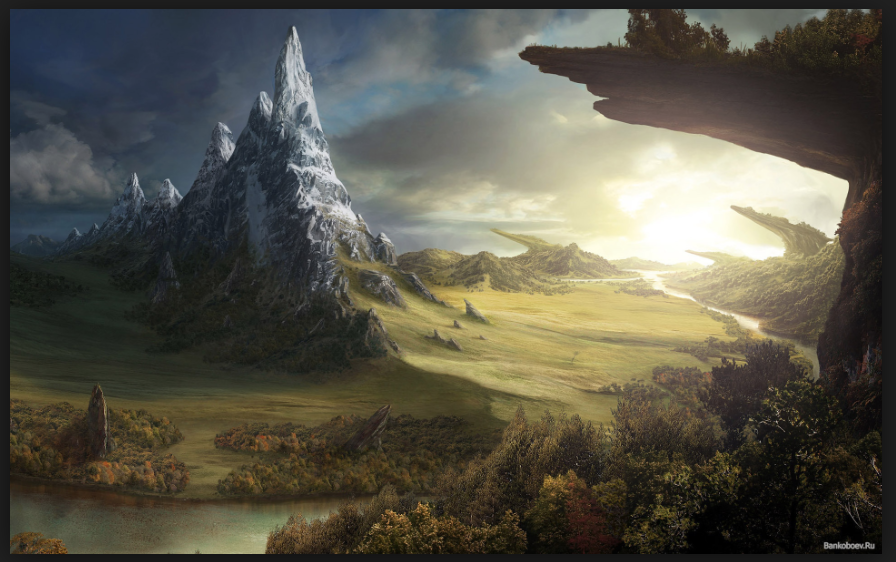 Thomas Covenant is a leper. Not a leper in Central Africa, or any other place where the disease is usually found, but in the United States of America, in a nifty nice town full of neat people. No one else has lepra. People have heard about the disease, mostly because of watching Ben Hur, the movie. They hardly know how it works, but they know they fear it. They think is contagious, which it is not. Of course they shun Thomas, want him out of the community. It is a matter of time before Thomas wants out of that community as well. To save himself. He makes his wife and son leave him, or they leave him, and soon he is on his own, tending his lepra.
Tending lepra requires discipline. Lepra destroys the nervous system, starting out at the extremities of the body. First and most of all in your hands and feet, later your eyesight and other senses with which you feel your way go too. This means holding your balance is hard, with always the risk of falling. But there is something more important. The same nervous system that provides you with sense also provides you with an important alarm system: pain. Pain tells you to tend your wound, so it does not infect. Pain tells you that you are alive. In order to survive his lepra, Thomas forces himself to be alert all the time. Constantly he performs a visual scan of his body, constantly he tells himself to live in the here and now. Thomas wants to survive.

It is not real

And then suddenly something happens anyhow. He looses consciousness and the next moment he wakes up in another world. He lies up high on a rocky ledge and looks out on a wonderful world. He sees beautiful mountains, surrounded by highlands. Everywhere there is water flowing and falling. All is green, blue and bright, with a dazzling vitality. Everything feels alive. Feels? Yes, Thomas can feel. Everything. His lepra is gone. Just gone.
He is welcomed into this world, simply called The Land, by villagers, beautiful horses and gentle giants. The man who finds him takes him to his house, welcoming Thomas to the Land. Could it be that he is the savior that has been promised? That Thomas is the Chosen One, the wielder of White Gold?

What? No way, thinks Thomas. This is a trick. This cannot be. This must be a dream. A dangerous dream, the kind that will make him lose his vigilance. THIS IS NOT REAL. See?
And instead of embracing the welcome of the people in the land, he starts to hurt them. He dismisses them all. At the height of his fury, he rapes the daughter of the man that first welcomed him to the Land. She is not real, so he can do whatever he wants. And if he does this deed, just maybe he will wake up. Will have lepra, but be awake and sane again.

This is the start of a book I bought in 1978, one year after publication. In fact, they were three books. I made a gamble with my limited amount of pocket money and decided I needed to have these. Two years earlier I had read the three parts of The Lords of the Ring in one long holiday week, ignoring my friends and the French girls who all thought I was bonkers. After that I wanted more, but could not find any. I had a hunch that the three books I found in the back of a small bookstore were the ones I was looking for.

I was right. These books by the author Stephen R. Donaldson were better than those by J.R.R. Tolkien, or at least appealed more to the growing adult in me. From the dramatic beginning to the apocalyptic end, I went from one black and bleak moment to another, until I thought things could not possibly get worse, until they did, and then again, and again. And every time I thought I could predict what would happen, something else happened. All the while layer upon layer was laid on the character of Thomas and the other personalities that would show themselves in the book – and the next book, and the next. After the first batch of three books there came two more. All in all 9 books and more than 5000 pages, appearing over a period of 28 years. A long time, a truly long read.

I have just finished the last page of the last chapter of the last book of the Chronicles of Thomas Covenant, the Unbeliever. I was not as eager to read the last books as I was after starting the first. It became a bit predictable. An over the top cascade of disasters and dramas. But even so, I had to swallow a bit after finishing that last book. I am not going to tell you how it ends, because my wife still has to read it. I met my wife several years after that first book, but I soon gave it to her as part of the introductory course in the thinking of the strange Mr. Noordhoek. After which we talked and talked about it. When we married, we chose rings that were both white and yellow gold and were round and square at the same time, symbolising the embrace of opposites that also forms the theme of the books. In the end, that embrace and not the choice between good and evil is the central virtue of the books, and the condition for surviving lepra and more.

Towards the virtual reality

No, I am not recommending the books to be read by you, if only for the fact that we live in other times and are entering a new age. We now live in a time where we write our messages in a maximum of 140 signs and we are moving on to a time where images replace words altogether. There is something coming that might complete that development. At some time in 2016 we should see the launch by Facebook of Oculus Rift, probably the first truly complete immersion into virtual reality (VR). It could change the way we live and work.
I am really looking forward to it. In fact I am getting impatient, as I have been reading about it for two years now, and I really think they got the right concept for VR. I have already had much pleasure from Microsoft’s Kinect and this is the logical next step. The technology must be terribly difficult, but doable. And when they get it right, it will be just a matter of putting on your goggles and you can find yourself on top of a high rocky ledge, looking out on a wonderful world. And then what?

When you are on top of that ledge, are you just to going to fly around a bit and wave a bit to those nice people that are going to help you down? Or – I guess much more likely – are you going to shoot at all the monsters that are coming up the mountain? And when you are out of ‘ammo’, are you going to fly down the mountain to that place near by where they must have stacked the extra weapons? Because of course you can fly. No one has told you that you can’t, have they? And it’s a game, right?

The problem is, after a while it gets just ... boring, certainly after the age of 12. Yes, there are games that are played hour after hour, but the bigger ones of these – like Grand Theft Auto or the Assassin’s Creed series, not to forget The Sims - do so by abiding by the same rules of storytelling that are the hallmark of successful novels; adding layer after layer of new twists and meaning so that your need to know what is next stays high. It is no coincidence that the rise of these kinds of games coincides with a steep rise in the average age of the gamer (31 years old now in the US). Yet one thing is missing; a concept of virtue that is not good or bad, red or blue, but complex, multidimensional –real. Different but real.

I would love to have the Chronicles of Thomas Covenant turned into an experience in virtual reality. Not as a movie, but as a journey through The Lands. A journey full of adventures and fighting, but also full of the kind of choices that define your virtue. Others could visit The Land as well. They have their own choices to make.
Making great games for the computer is expensive; making them for virtual reality games will be even more expensive. Nevertheless, with already something like 17 billion dollar spent on software in the US alone, money should not be the problem. Please, I say to all the builders of VR-contact, skip the phase of just having games for a moment of short fun or terror. It will not work. In technological terms Kinect is probably a bigger step than Oculus Rift, but the content of its games was not good enough. Aim higher.

In the end it matters not whether a world is real or not. What counts is how you act and how you deal with the consequences of your actions. I do hope the world of virtual reality will in that sense becomes more real than the world of gaming we know now.

I write this in English for no other reason then that I want to salute a bookstore in the old Dutch city of Dordrecht. Halfway the 70’s it’s owner took the decision to import English language pocket books. Across the years, I thank you. Until then I had to wait months or longer to get a translation of a book into the Dutch language, and the choice was limited. Having the opportunity to buy cheap English pockets was liberation to me.