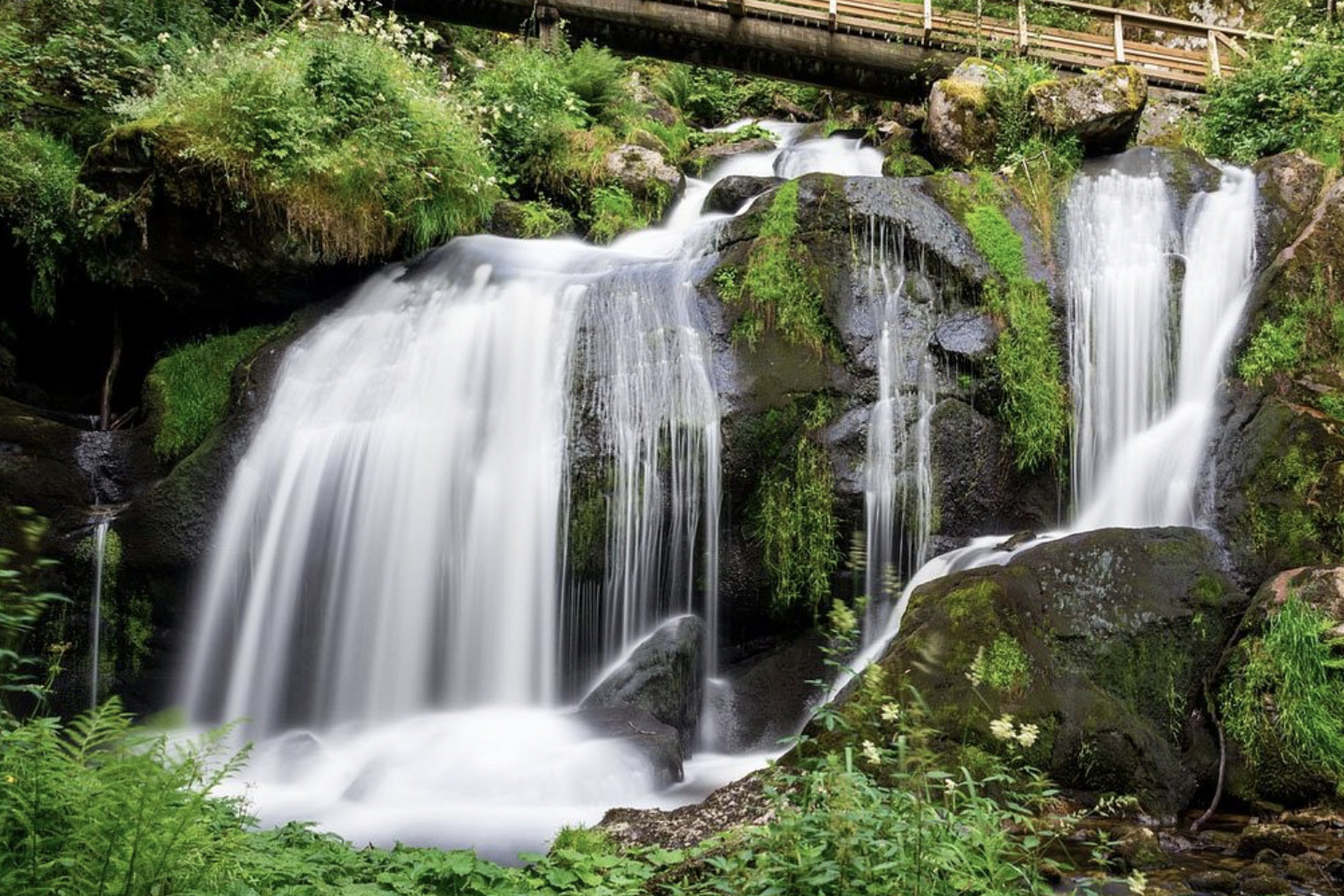 Mr Fahrenheit and the law of Well Intended Misconceptions

Has twitter lost its voice? Last week we heard that within a year almost half of all Dutch people with a twitter account stopped using it. Is this only the end of hype, or is there something else going on? In this blog a bigger picture is sketched, starting with the folly of Mr Fahrenheit at a waterfall and ending with some thought on concepts like participation and the Big Society.

Have you ever heard of Fahrenheit? Mr Fahrenheit, it should said, because he was once was a very real human being, and not just an indication of temperature. He is the one who is not Celsius. Even so, he is interesting. A bit of a loser, though. This is why.

Mr Fahrenheit lived in the 19th century and was what we now would call a geek or a nerd. He was always busy trying to calculate the formula at which energy, in the form of heat or speed, translates itself into a change of temperature. He conducted experiment after experiment, usually with one of his very primitive – at least in our eyes – contraptions, trying to get his formula right.
One thing he unexpectedly got right was getting marriage. It might have been a bit of a mistake on her side, but still it happened. He remained a geek, though. At least, when you are on your honeymoon in the Black Forest and then leave Frau Fahrenheit without even saying sorry, then something quite geeky is going on.

Mr Fahrenheit was off because he had realised that they were on top of a flow of water that was about to turn into a waterfall. His mind was suddenly filled with an idea. Here was this perfect setting for an experiment. He saw the water streaming in great haste towards the edge where it would fall. And he though: a big mass of water, speeding and then falling across the rocks, full of friction – that must signify that the temperature of the water down the waterfall will be higher than here on top. So he took his contraption – yes, never without it, even on honeymoon – put it in he water, measured, took it out of the water, climbed down the rocks to the bottom of the fall, put it again in the water, pulled it up and … No, the temperature was not higher. It was lower. No matter how many times Mr Fahrenheit repeated his experiment, the temperature was in relative terms always low at the bottom of the waterfall and high at the top.

We now know why this is, of course. It has to do with the same phenomenon that also makes our refrigerator possible. When water falls down from a height, and especially when it falls on rocks, the effect will be to produce millions of very tiny droplets. A mist arises. It is this mist of tiny droplets that brings down the temperature. Poor Mr Fahrenheit.

And perhaps: poor us. Every now and then we are making the same mistake. We think that a big push, a big mass of energy, with lots of friction, will produce something that is warmer downstream. We give the stream the name of a Big Thought, a concept like ‘quality’, ‘governance’, or ‘democracy’. Or we name the stream after new technology, and we call it ‘Internet’, ‘cyberspace’, or ’social media’. By getting it moving, we truly hope to make the world a warmer place. The fall we call a change program or an implementation phase, thinking it will produce extra warmth through friction. Too often, in the torrent and fall, there is failure and disappointment. It happens by the mist we create as a concept or technology goes beyond the top of its life cycle and falls down. Droplets of small measures and tight regulations lower the temperature. Thousands of interpretations that are too small to capture the original concept turn into actions that turn the world into a colder place.

Thank you, Peter, for making my day. You are such a jolly fellow. A true optimist. You can go now.

Yes, maybe. We are not dealing with the law of Unintended Consequences here. No one intends cold consequences, but what if we could and should have known better? Let us call this the law of Well Intended Misconceptions. For years now we have been using our concepts and technologies to describe a better world, thinking the problems of too much miss-interpretation and over-regulation can be corrected with more of the same. Have we paid enough attention to the way the stream flows, the process grows?

Let me go to something of an example before my dear reader dies of an overdose of abstractions. My target: the concept of ‘participation’. The example: the way we use social media, in particular twitter.

Last week there was a message on the Dutch news media of an enormous drop in the number of people that use twitter. Twitter is in many ways about the essence of digital participation: short messages aimed at your ‘followers’, trying to interest them in what you are doing and what you find interesting. It is you wanting to participate in the life of others. If and when your followers think you succeed in this, they either start tweeting back or retweet your message. How simple can it be? The flow of all these thousands upon thousands of twitter messages produce something like a world wide conversation. And now that conversation seems to stutter.

The number of people with a twitter account is stable at around 27% of Dutch social media users (Source: GfK, December 13th, 2013). However, the average number of visits a week went down from 22 to 13 in just one year. The number of messages posted halved from eight to 3,5 a week. That is quite a drop. You could say that lots of people have gone cold on twitter. The research seems to show that Facebook remains much more stable in term of its use and it also looks like especially young people are making a shift toward apps like Instagram.

More than the end of a hype?

How is it that twitter has suddenly lost so much of its attraction? It cannot be the technology. The ‘look and feel’ has remained more or less the same. Is it then just a matter of twitter loosing its ‘hype’? That could very well be the case. The fact that youngsters start using other media is an indication of that. But why so fast, so suddenly? Is there a cause? Often you see that the end of a hype is accompanied by incidents, big and small indications of failure. Again, that does not seem to be the case, except perhaps by all those little stories about careless twitter users that are done in by what they have written on the spur of the moment. Still, the recent introduction of Twitter on Wall Street has been a much bigger success than that of Facebook. So again, what is really happening?

Could it be that twitter is simply harder to be good at than Facebook? Not just because of the limit of a 140 letters, which does require some skill at formulating a meaningful message, but also because the real value of twitter is only unlocked when you are good at finding interesting articles and videos and can shorten an URL? And perhaps twitter users are more than others scared of being misquoted.
I can imagine that a twitter user is more confronted with life’s may little rules of syntax, security, communication and knowledge than a looser platform like Facebook. It is my impressions that those who are master of all these little rules – most of all: journalists - do flourish at twitter. They are having a ball – and they are usually not the ones that have to be most careful in what they say.

Is it a bad thing?

So this is my example. Here you have this wonderful new addition to the world of social media. It promises the warmth of a fast and instant meeting of minds. It let’s you share your thoughts with your followers, it gives you a platform for all your wonderful deeds – and then you find out that you find it hard to say what you want to say and you find out that your followers do not really want to know when you go to bed. So it is really twexit for you. When you are young, you then move to a social media environment that feels more exclusive to the young, When you are old(er) you sort of go back to the friendly chatting of Facebook. Those that remain of twitter (this author is one of them) can still have a very good time among followers that are just a little bit more like themselves: fast, wordy and self-important.

So no, it is not a bad thing. Still I do not think that this is the way the originators of twitter thought it would work out. There was this misconception of warmth, brought about by all these people twittering together. But no, the warmth of this new way of communicating is dispersing in millions of large and small considerations. The law of well intended misconceptions works on twitter, just like it does elsewhere.

The concept of participation runs hot and cold

These days we talk a lot about participation. The technological means are there – including the benefits of the cloud and of social media – and there is a new realization that without active citizen participation no society can prosper. So we are fortunate to see a true flood of new initiatives coming along. The government embraces this. In the Netherlands it was for instance singled out in the yearly Kings’ speech as the way to go. Everyone in government gets warm of a participation concept where active citizens do what governments can no longer pay for. Wonderful, yet even when you are not a cynic, you can ask yourselves how much room there really is for this new form of participation. It is quite predicable that a great many initiatives will get smothered in a blanket of rules and conventions. But the alternative might be even worse in the eyes of the government: when too successful, citizen participation might turn into something that no longer fits party politics. Have no doubt; with measures large and small this warm concept can turn into something else. Recent evidence came in the form of a report of the British Centre for Social Justice (Source: Daily Telegraph, December 16th, 2013). The author, Danny Kruger, a former speechwriter of David Cameron, stated that “many in the voluntary and community sector are struggling with constraints on their resource, high demands, ongoing battles with bureaucracy and a changing operating environment’. The reform that should make the Big Society a possibility has benefited mainly large companies. That is a very cold message indeed.

Maybe it is time to predict or measure what is down at the waterfall. Have we been creative enough in our concepts of active citizen participation? What should the role of government be? Will the rules help or hinder? Will the concept stay warm or will it grow cold?

Down at the waterfall

We should thank Mr. Fahrenheit for his mistake, and remember he got it right in the end. To say it terms of Star Wars’ Yoda: ‘Learn from his mistake, we must’.
Concepts loose their original freshness. They tend to become true misconceptions, no matter how well intended. New technology – like now the Cloud - brings with it warm promises of interactivity and engagement, but the basic rules of human communication still apply.

Perhaps when combining creativity with original intentions, we do will find something new that will keep us warm for a longer time.

Peter Noordhoek is director of Northedge BV, the Netherlands