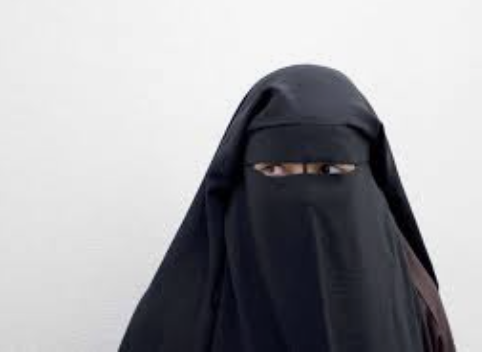 From a Burqa to a Pardon. In Dutch politics the integration debate rages on

Peter Noordhoek: From Burqa to a pardon - In Dutch politics the integration debate rages on

Last week the Dutch cabinet approved a proposal to ban the wearing of the Muslim burqa in public places. Here, Peter Noordhoek, member of the Dutch Christian Democratic Party discusses the ban. A ban he supports, not for security reasons, but because he does not want to live in a society "where eyes cannot meet".

In politics, timing is everything. Jack Straw’s remarks about the wearing of the Burqa
were somehow spot on time. In the Netherlands a proposal was launched this month to
ban the Burqa and the Niqab, a similar garment. This drew considerable attention
abroad, today even leading to a protest by the 57-nation Organisation of the Islamic
Conference. But the attention abroad was not reflected in the Netherlands itself. Here it seems like the end of a discussion, not the beginning of it. There have been earlier attempts to ban the Burqa in Holland. Proposals were launched by major politicians even before the murder on Theo van Gogh. However, they ran into legal problems, so nothing came of it. The new element is that lawyers connected to the Ministry of Justice seem to have found a way around the legal objections, based on security considerations and a new law against terrorism. Considering the fact that there is a parliamentary majority for banning or limiting the use of ‘face- covering clothes’, the passage of a law has come into sight.

Has it really? It is election time in the Netherlands. Ms. Rita Verdonk, the Minister for Integration and a Thatcher-like figure in Dutch politics, is the source of the new initiative and everything coming from her has an edge to it. She is not afraid of using drastic measures, nor is she afraid of breaking an egg in the process, as was evident when she denied Ayaan Hirshi Ali Dutch citizenship, leading to the fall of the Cabinet. The reflex is to put everything she does in a rightwing perspective and in the perspective of the infighting that is going on in her party, the VVD. She, her party's number two, is steering a course that is much more far right than her leader, Mark Rutte. Her initiative concerning the Burqa, though backed by the Cabinet, is seen as another campaign non-event produced by the disunited VVD.

More significance should be put on the debate about a ‘general pardon’. A few years back an action was taken by the now defunct Cabinet to oust 26,000 people who were living here without an official status. Many of them had been living here for years and were quite integrated into society. Their children were born here and went to Dutch schools. The removal of these people proved to be both very painful and very visual. Of the 26,000, most have left the country or have been given Dutch nationality because of ‘extreme circumstances’, but many thousands are still in the country, awaiting a decision. This has caused such an alarm, not least within the rank-and-file of the leading Christian-democratic party, the CDA, that a proposal for a ‘general pardon’ has been launched. So far, the CDA has been against this pardon. The election that is now taking place

ConservativeHome's Platform: Peter Noordhoek: From Burqa to a pardon - In Dutch politics the... 8

is mostly a contest between the CDA and the Labour party.

Because the VVD is destroying itself in the struggle between Ms Verdonk and the old leaders of that party, it looks likely that the two main adversaries will also have to form the next government. Labour has now put the knife in by stating that a general pardon is a pre-condition for any future Cabinet that includes the Labour party. As a result it is the ‘general pardon’ and its claim for a softer integration policy that has now taking centre stage in Dutch politics and not the dark veil of the Burqa. The most likely result is a deadlock in Dutch politics.

and according to this:

"Dutch government proposes a ban on wearing burqas in public"

"Italy has a law requiring people to keep their face visible in public that dates back to the country's crackdown on domestic terrorism decades ago."

That edition of the Independent also had a letter asking people not to confuse headscarves and veils. Of course there are those who do this deliberately to muddy the waters, and that's one reason why I prefer plain English rather than the Arabic terminology as far as possible.

This Dutch proposal seems fair enough to me, simply on security grounds.

On the general pardon: if an individual has managed to live in a country for many years, without breaking any laws other than the immigration laws, and has a job and a family, possibly with children at school etc, there does come a point at which it is simply too inhumane to deport them and they should invited to apply for citizenship. After all, it would not be their fault that the authorities were lax and had failed to pick them up earlier. But that should not be publicised as a general amnesty, which would certainly encourage more illegal immigration.

ConservativeHome's Platform: Peter Noordhoek: From Burqa to a pardon - In Dutch politics the... 8

You may wish to read extracts from Douglas Murray's speech at The New Culture Forum, an event organised earlier this month and very kindly announced by CH. A more pessimistic - but so well-informed -approach to the Dutch issue.