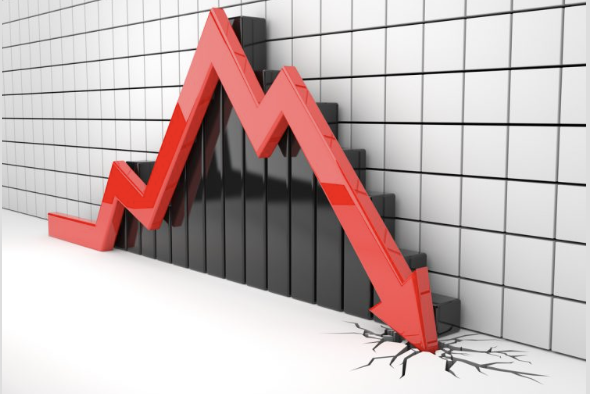 A combination of algorithms can become artificial intelligence (AI) when they show they can learn. When that same combination leads time after time to damage - damage that could have been avoided - you get Artificial Dumbness (AD). My statement here, is that the stock market is ruled by AD. And not just recently. And as we humans are really the dumb ones here, I want to put the issue of the digitization of the stock market on the agenda of society in general and of the (financial) regulators in particular. I am no more than an ordinary stock holder, and I have little to complain about, but maybe you should hear me.

I can remember the crash of 1987: Black Monday. It was before the days I had stocks, and I was mildly amused when I saw a grown man cry over his loss of money after the DOW went down with record speed. Don’t you know stocks can go down too? That slight nastiness on my part changed when it became clear that the speed with which the market had turned was perhaps more due to the way computers were programmed then to his decisions. That sounded rather unfair to me, and I voiced this to anyone willing to listen (not many). It was the first time computers truly aggravated a crash and turned that crash global within 24 hours. In later years, I was more or less satisfied with the idea that when a share went down too fast, trade could be suspended for a day or so. The digital multiplier effect seemed under control, more or less. If the stock market is a car, then cutting the cord to the gas pedal regularly helped to slow things down. But I did not fully trust the assurances.

2007: the digital monster we dear not look in the face

I was a stockowner by 2007. Having learned that it was wise to spread my portfolio I had (and have) done so: one weighted portfolio run by professionals, one weighted portfolio with ‘smart’ trackers and one portfolio build up by myself. I am happy to say that this last portfolio outperforms the other two, but please do not follow this example of 'monkey-smartness', as I managed to buy stocks in a bank just a week before the great crash of 2007. That was the last time I considered myself an expert. But the real shock was not what happened with my stocks, but what happened to the economy and the world after Lehman Brothers. I followed and debated everything intensely. I saw a host of measures being taken, among them measures to increase buffers, professionalism and ways of preventing fraud. Great, but I always had the feeling it missed this one big point: the role of the algorithms in 'stop-loss' and other decisions. In all the measures announced and debated in parliaments and boards, hardly ever was there a debate on this even making a byline in the media or the halls of politics. The impact of the speed of digital trading in the crucial days of the crash has been described, but hardly ever debated. Would the impact of the crisis have been the same without these algorithms? No way. If the stock market is like a car, then the algorithms kept on gassing its engine far beyond the initial crash, involving many other cars, all gassing and pushing themselves over the edge of the highway, ruining the highway in the process. What if the gas would have been cut for all these cars?

The stock market crash of autumn 2007 was no real surprise to me, as my interest in the role of algorithms had alerted me to what went on with the mortgages in the US, still I will never claim to belong to those who predicted the impact of the crash. I did follow from the first how fast the crash spread out from Wall Street and the role of automated decisions in this. Anxiously I waited for the regulators to address the issue, but in a way, I am still waiting. As a consequence I have also started to fear that we are undermining our democracy by not talking and addressing the more general issue of who owns the algorithms in or close to the public arena.

It is now 2018. What happened last week with the stock market still seems small beer compared with the crisis of 1987 and 2007. The American stock markets moved from an expectation of almost none inflation to an expectation of very little inflation - et presto. This must have triggered a number of other anxieties, which in turn also impacted a new phenomenon, the Volatility Index. This in turn triggered a host of selling of which a news channels said, ‘that no human brain was involved’.

No doubt, many other factors were also involved in the big slide downwards, including the fact that the slide might have scared the large block new stock holders witless , also because of what was already happening to bitcoin (natural dumbness). Yet the fact that other markets like the valuta market did not join the slide and the fact that many experts cannot explain the slide from anything else but stop-loss mechanisms, suggests algorithm failure (artificial dumbness). We have not learned our lessons.

Please understand, I am not against a downturn as such. Nature and stupidity should run its course, nor can we prevent smart idiots from inventing financial instruments that are even more bonkers from a financial stability point of view than we already have. Anyhow, I believe conservative stock owners like me should not panic or change course immediately (on the condition of having evaded the temptation of bitcoin, of course). The point here is speed. Right at the moment that a crash should cause people to think, we have allowed ourselves digital constructions that far outstrip human thinking in speed. At the moment, the only option seems to suspend trade all together. In a real crash this might have the same effect as speeding your car while at the same time applying the brakes. Guess what happens?

So, let a crash happen where and when it does, but let’s be able to reverse gear at the moment a crash happens and reduce speed to something within human limits for at least a 24-hour cycle. In this I just prefer natural dumbness to artificial dumbness.

This is what I would like to see happen:

And so on. This is all just to put the issue on our common agenda, from which it slips away all too easily because we think this is something for experts and everyone else is the expert.

Please understand that I do not want this to be the blog of an old-fashioned man or doom sayer. I love information technology and the benefits it brings. I smile when an algorithm is better than any expert in predicting which startup has the most chance to succeed. I love the fact that I can save a lot of decision time by just following trackers. Nor do I have any ax to grind. I am no expert, let alone a guru. I am an investor with his eye on his pension and little else. This is a stock market dip I can easily handle (haven’t even called my stock broker), taking the long view, as always. Yet this is the third time I seriously feel like crying: “WOLF!!”. I do so, knowing that now there is probably still something to be done about the stock market algorithms. I fear that next time we have created the kind of Artificial Dumbness no one, with or without a brain, can correct anymore.