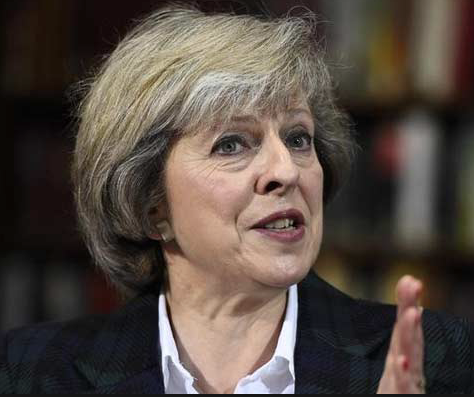 June is not for May

What a night. Three takeaways from the British election, with of course a focus on Brexit and Theresa May, but also with a personal remark that I am happy to see my friend Greg Clark MP reinstated, with a big majority, as MP for Royal Tunbridge Wells.

Conservative losses could have been worse, it is what they won that is ominous

The Conservatives won the election. Labour may be buoyant, but the reality is that they lost the election. It will take a while, but that truth will come home to labour in the end. It is the composition of the conservative win, that will, apart from not giving an outright majority, bring trouble in the future. There is one stable source of win for the conservatives: the group of elderly people. Fine for now, but in the end that usually presents a problem for a government. Then there is a fresh new source of confidence, because the conservatives did reasonably well in Scotland, making the Conservatives less a total English party. Then trouble begins. UKIP was destroyed, but not in the way expected, because almost a third of the UKIP vote went to Labour. Secondly, it means that the ‘hard Brexit’ vote is now part of the make-up of the Conservative party, while the result indicates that a hard Brexit has become less likely. If it is true that most Conservative seats have been given to staunch Brexit candidates, then this complicates the internal politics further.

Brexit has become harder either way, but most of all for the hardliners

The Conservative loss has weakened the position of Theresa May, As I wrote in an earlier blog, this is not a good thing, either for Britain or for the European Union. The one thing worse than a stubborn opponent is having no opponent. If the Conservative party remains as divided and weakened as it seems now, that is more or less the situation we have now. But let us not be too pessimistic about a deal. For instance, one practical thing to be considered is how the Conservatives are going to get a majority. In the past this was done by making deals with the smaller parties, usually the representatives from Northern Ireland (Democratic Union, as Sin Fein habitually will not take its seats). This seems to be the case again. And even though BU is very anti-EU, much of the British position concerning the closure of borders is already undermined if BU were to tolerate a Conservative minority government.

The other thing is that when push comes to shove, both those in favour of a hard or soft bargaining position can make deals across the floor of the House of Commons (and House of Lords!). On the whole though, supporters of a softer position have more opportunities to make that deal. Those in favour of a hard position are probably in the position to block an agreement, but as it stands now, the Tories will do anything to go to the polls again and too much delay will hurt quite soon.

Theresa May is not lost yet

Earlier I supported the logic that she needed the extra majority in order to keep the dogs of the hard Brexit at bay. I started to feel less sure about that when I heard that solid Brexit credentials became a condition to stand for a Conservative seat and (former) remainers were being attacked. Ending with a more hard-line majority behind her would not have made it easier for her to do a deal. Proceeding with a minority government will force her to compromise, or give the floor to the people who do the actual negotiations. Trying to stay optimistic, that might not be a bad outcome. No doubt there will be big upheavals and narrow escapes, but at the end of the day she might make it. Not as a second Margaret Thatcher, but – writing this with a little smile - as a more European style leader of minorities in a divided country.